Terry Fox and his Marathon of Hope may have been forced to stop short of Winnipeg, but the impact of his journey did not. Terry Fox inspired thousands of Manitobans and millions of people around the world. Manitoban Terry Fox Runs now take place all over the province – from Winnipeg, to Dauphin, to Thompson, to Swan Lake and beyond. Beyond Manitoba, there are annual runs all over the country and they have started to span the world. There was a Terry Fox run in Abu Dhabi of the  United Arab Emirates this year. That kind of  reach is incredible.

Terry Fox and his efforts have been the driving force behind countless fundraising  initiatives. The Terry Fox Foundation alone has raised over $650 million for cancer research worldwide.  Terry has also been the subject of thousands of hours of history classes for Canadian youth. Terry Fox inspired people from all over the world and now he has a day named after him. Well earned! Terry Fox is a Hero and one who deserves to be honored.

We are honored to share the highways on which you once ran. 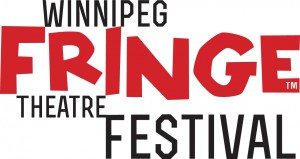 Congratulations to the winners of the third annual Café D’Amour Folk Fest Contest! King’s Transfer was once again happy to provide the Folk Fest passes that make this contest possible. Hopefully you were able to catch some moving music.

We would also like to extend a big thanks to Althea Howard and Sharla Lehman for the lovely letter. We are always happy to help those in our community.

*See the lovely letter below.

On behalf of Café D’Amour I would like to offer you our very sincere thanks for sponsoring the 3rd annual Café D’Amour Folk Fest Contest. We are proud to offer such a wonderful contest to our customers and it would not be possible without you. Your ongoing support of Café D’Amour and this contest are a huge contributing factor to the success we’ve experienced.

On behalf of Isabella and myself, I would like to commend you and the crew from King’s Transfer Van Lines that managed our local relocation this July of 2014.

We have moved several times during the past thirty years, also internationally. Your 5-person team (crew) that managed our local move on the Friday and Saturday counts amongst the best we have come across. The team by name was Steve (leader), Velma, Daniel, Ambrose and James.

The were not only punctual, but also professional and well organized. Several of our furniture pieces are old and very heavy – the team took care during the pick-up, transfer and unloading of every piece. What especially impressed us was the sense of humor displayed by the team as well and their ability to work so well together. (They never complained and always had a smile).

It was indeed a pleasure dealing with King’s Transfer Van Lines.

Let’s go Winnipeg! Let’s get moving! Today is Fringe Friday! What better way is there to kick of your weekend than as a winner!? Throughout the week we’ve been able to distribute a bushel of show passes to a handful of lucky Fringers. Today we are pleased to give away a bigger prize.

The people of the Winnipeg Fringe Theater Festival were kind enough to provide us with a pair of VIP 6 Passes for the 2014 Fringe Festival. What is a VIP 6 Pass you say?

To participate in this, and other contests, be sure to follow King’s Transfer on both Twitter and Facebook. One pass will be given away on each. Both draws will happen at 4:00 (or slightly thereafter). As with past contests, it might help if you keep your Fringe Program handy. Then again – maybe it won’t. Good luck!

Hopefully we can help you catch a moving piece of theater! 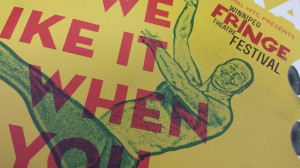 If you have been following along at home you will know by now that King’s Transfer Van Lines is the official moving company – and a proud friend – of the Winnipeg Fringe Theatre Festival. As a sponsor we are happy to offer our moving and storage services to the Fringe on an annual basis. The aim is to ease the load for all involved and help the festival run smoothly.

In exchange for our ongoing sponsorship, the people of the Fringe are kind enough to provide us with a stack of show passes and we are happy to return these to the fans. To do this we will be running online contests throughout the next week.

To participate in our contests, be sure to follow King’s Transfer on both Twitter and Facebook. It’ll help if you keep your Fringe Program handy too.

The 2014 edition of the Winnipeg Fringe Festival runs from July 16th through 27th This year’s theme is “We Like it When You Watch”.  King’s Transfer Van Lines is once again happy to be a venue sponsor and help these artists express their creativity.

As we have done in the past, King’s Transfer will be running contests on both Twitter and Facebook to give away Fringe show passes, so keep your eyes peeled for that.

Rain, rain, go away. Come again another day. It has been raining in Winnipeg for what feels like the last eleven billion consecutive days, but that doesn’t slow down furniture movers. Rain or shine you possession date remains the same and the move must go on (unless you change the date that is).

Of course moving on a rainy day does present challenges, but King’s Transfers employees are well trained on how to deal with a messy weather situation. You can be assured that the movers leave the shop every morning thoroughly equipped to proceed to protecting both your home and your furniture regardless of the weather.

How King’s Tranfers’ mover will protect you home and furniture on a rainy day:

You can rest assured that regardless of the weather, your household and belongings will be protected.

Just wanted to say how pleased we were with the 3 movers that we had in service Saturday. They were all personable, funny and made our moving experience quite joyous.

I would recommend your company to my friends and family.

Thank you to all those in who took part in our 92 CITI FM Bonus Code event this week.

Put those points to good use and if you know someone who is moving to or from Winnipeg please send them our way.